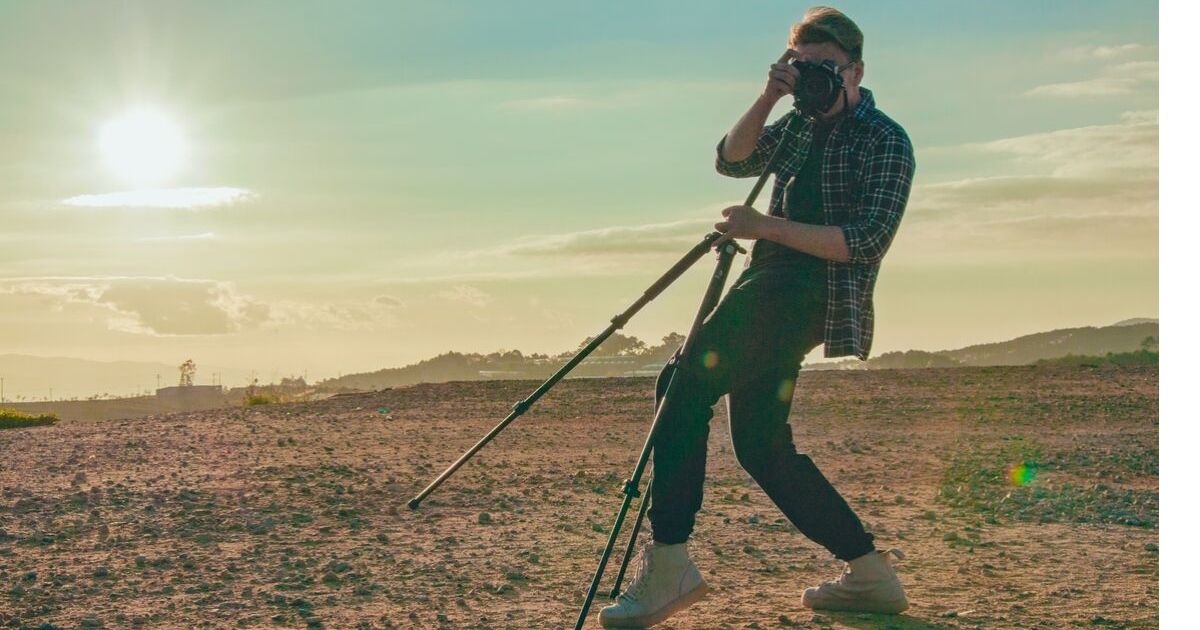 There is one thing which itches every photograph is ‘Stability’. Of course, stabilization made easy with smartphones nowadays with inbuilt EIS feature. But, none can match the awesomeness of a tripod or stabilizer.

You need a tripod or stabilizer for filmy type shots. Tripods or monopods are user-friendly devices to make your phone or camera stable for better video and details in depth. So let’s see what tripods can do other than making the camera stable.

Before buying, check the guide of how to buy a tripod

In this article, you are going to see the Tripod, which is also the best overhead Tripod. You’ve heard for YouTubers who present videos leading top. They shoot videos from top eliminating the objects and Tripod legs.

So how it is even possible to shoot completely downwards with a normal tripod?

So what made you read the K&F concept Tripod review? Is it one of the best Tripods for overhead shooting?

Let’s talk more about the key features and complete review of the K&F concept Tripod.

K&F concept tripod‘s deal-breaker is its price. You can get this Tripod to your doorstep for only $150. Apart from the price, this Tripod has some great points to consider and of course, some cons to think again (LOL).

Transverse Center Column: The transverse center column can move from 0 to 180, which can replace the panorama shots. It can be used in both vertical and horizontal moments. Horizontal moments support 360-degree rotation.

Compact & Lightweight: The compatibility is within the jar which apts best for outdoor shooting which can handle the 22.5lbs weight on it. When you are traveling and don’t have space to place it anywhere, simply hold it by adjusting the length.

The adjustment made easy with these lock knobs. You have to adjust the height according to the situation, sometimes when we are shooting in hills, then the rare cases we can find a solid surface.

No two legs can depend on the same height in these areas. In that case, we have to touch the lock knobs frequently, which shaggers the metal. But this knob may help you from preventing the rough Operation.

Inverted Shots: That’s my favorite one. The coolest thing about this Tripod is it gives you the strength that you can leave a guy home — just kidding. You don’t have to remove the camera or smartphone from the Tripod to shoot grounded shots. Instead, take the help of Inverted Installation function.

2 in 1: The tripod can be molded as an easy monopod which can be used to take creative pan shots. You can unlock other legs to use as a Monopod.

K&F concept professional tripod is especially for those who are beginners in the industry, and you can create magic using this simple tripod. And How ease it while operating the tripod? Let’s read

After using several weeks, the one word I can describe this tripod is “KILLER.”

Of course, it is one of the best and budget tripods we see. K&F concept tripod has a lovely feature of inverse tilt which is a big relief to the people who want to shoot surface videos. When you are running or walking, you can use this feature to capture legs and road simultaneously.

The locks made easy, and you can easily hold it. Unlocking knobs is also a simple thing which doesn’t need a special tutorial to make on.

Head Material is made of Die-casting metal. It’s so easy to operate the center columns and releasing locks. The movement of the tripod head is also smooth in handling.

K&F Concept TM2515T Professional tripod is a 66-inch tripod made with Magnesium Aluminum alloy for better reliability. People despair on the things like they tried everything. But have you ever tried a tripod to shoot filmy shoots?

Do you know what type of packing and bag I got with this tripod?

I got a huge and strong, sturdy, zip-up case that has both handles and a shoulder strap. The tripod fit inside, and it shows the real compressed size. Simply flip the legs to open and take a look at this premium tripod.

I was astonished that it really impressed me. Even though I expect more fabric type look at this price, it is still beautiful.

The twist locks are made up of plastic which is hard to believe, but they are. The center lock is adorning legs and lock knobs.

The K&F tripod can also get extremely close to the ground for nice low-angle shots. You do not have to remove the camera or smartphone whenever you want lower shots.  The head also consists of a standard quick release plate.

There is another recommended tripod in good budget and I’ve discussed why it is perfect choice.

Alright, After using this tripod I found that I had the wrong impression on two features that they said. One is making it monopod, and the other is 90-degree center column. I thought these are only promotion and of course I was 40% right.

All the promotion of the K&F concept made when promoting the tripod turning to be monopod is actually using a monopod. So, it has to make it more natural to use a tripod as a monopod. So, we don’t know how it looks as a Monopod in the pictures.

But, I tried, and It is good. I feel completely balanced, and the camera fits in it. It is cool that you can actually hold a camera on a tripod as a Monopod (But not so long, as you feel heavy at some point of time).

The second feature which I thought as a BRUST is actually the winner in between these two. The 90-degree rotating center column is something I noticed. It is a very good option than a monopod for me.

I found the center column has the strength, and that’s the reason I expected it to be a hard metal alloy, but by far, it is plastic. Anyway, when we talk about this 90-degree rotating center column, it was brilliant.

You can just rotate the tripod stand above the center column to take your camera out of the stand as seen below.

This feature is just out of the syllabus, and Everyone will love it who need camera adaptability. You can shoot travel videos, YouTube videos, overhead videos (without involving other tripod stuff).

These features are insane (At least for me as a travel photographer).

I like shooting videos inside the car, moving the tripod from the car doors. I usually like these types of shots. And one more thing, if you want to put your tripod legs aside and want to shoot inside, then this feature fits you best.

The 90-degree column trick works best for some sort of videos. I already like it, and in the matter of stability, it can easily last for long.

So, this is my complete review after using this tripod for after several weeks. Honestly, this will surprise you.

If you enjoyed reading this article, kindly give it a share. 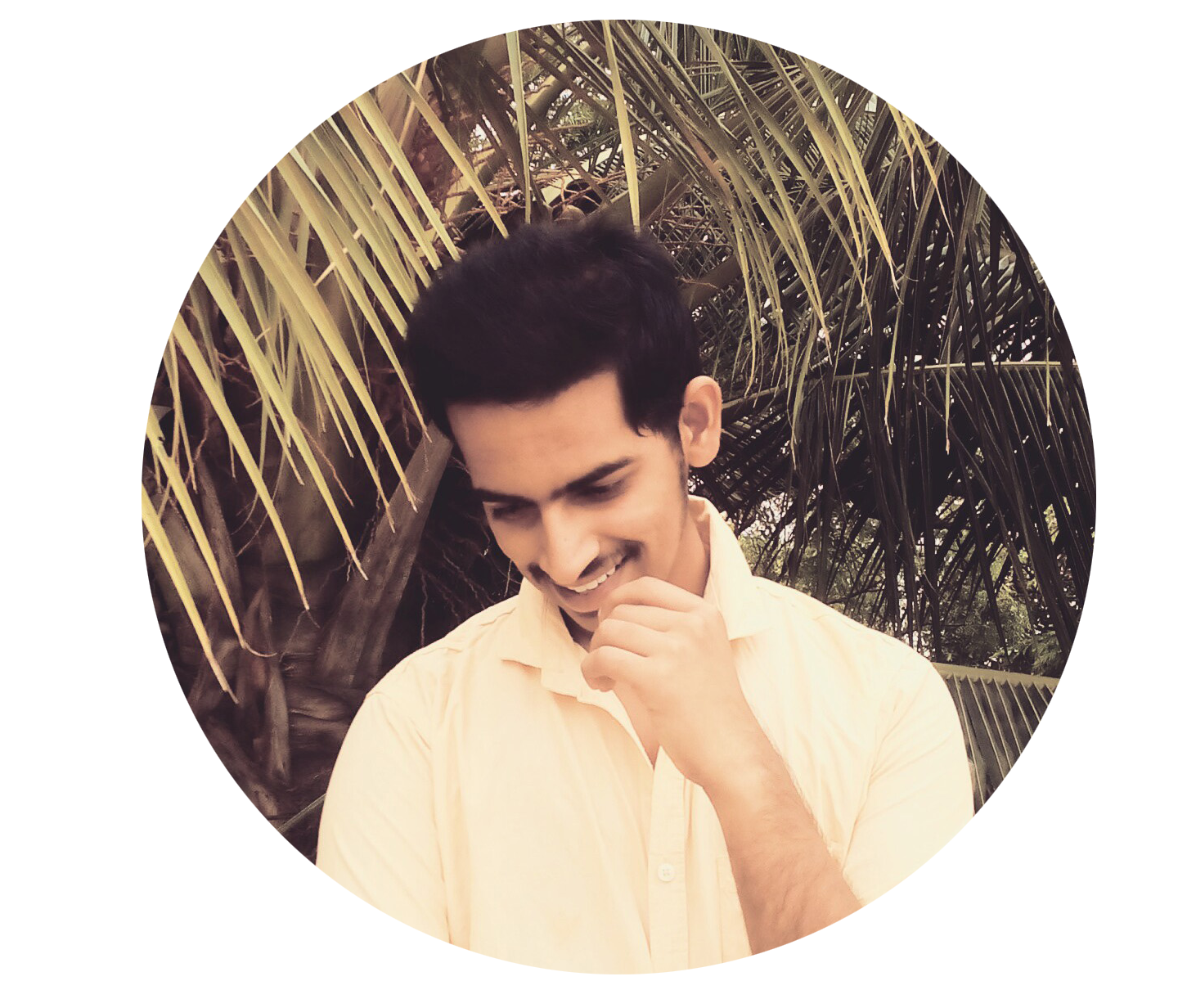 I am Ashu, an enthusiastic blogger who writes at Capturing Guide and other passive blogging sites. I love photography world and tripods, monopods, gimbals are my favourite gadgets anytime. I love watching “Mr. Bean“.